Since the inception of the Curtis National Hand Center in 1975, people all over the world have placed their hands in ours.

Our hand surgeons and fellows are among the elite in their specialty. Using their advanced skills and training, they can repair the most complex, traumatic injuries, correct congenital differences, and treat numerous conditions of the hand and upper extremity. Our goal is to restore each patient’s use of their hand, wrist, arm, elbow and shoulder to the greatest degree possible and improve their quality of life.

The Curtis National Hand Center is renowned as the largest, most experienced hand center in the U.S. In fact, the Center was designated by Congress in 1994 as the National Center for the Treatment of the Hand and Upper Extremity. Patients and doctors alike flock to the center for unparalleled care and training.

What is a Hand Surgeon?
A Congenital Clinic (video above) and a Musicians’/Performing Arts Clinic are available each month at the Center. For more information contact our call center – (410) 554-6560

A hand surgeon is a board-certified orthopedic, plastic or general surgeon who has received additional specialty training in treatment of the hand, wrist and upper extremity (arm, elbow and shoulder). Hand surgeons are trained to diagnose and treat all problems related to the bones, joints, ligaments, tendons, muscles, nerves, skin, and blood vessels in the hand, wrist, arm, elbow and shoulder.

The specialists of Curtis National Hand Center are all members of the American Society for Surgery of the Hand (ASSH). They provide the training of residents and fellows from many institutions in the region, including Johns Hopkins University, Georgetown University, Walter Reed Army Medical Center and MedStar Union Memorial Hospital. This group has also contributed to numerous original articles, chapters and books throughout the world. 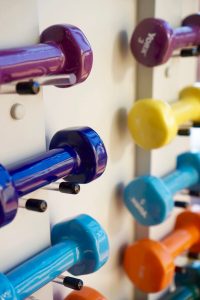 Hand therapy is a type of specialized rehabilitation for patients with hand and upper extremity injuries and conditions. It may be performed by a physical therapist (PT), occupational therapist (OT) or a certified hand therapist (CHT). A CHT is a PT or OT who has a minimum of five years of clinical experience and direct practice in hand therapy. CHTs must also pass a comprehensive test of advanced clinical skills.

Hand therapy involves comprehensive and individualized evaluation and treatment, including: 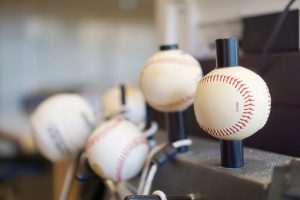 Hand therapists often work with patients who have suffered an accident or trauma that resulted in wounds, scars, burns, injured tendons or nerves, fractures, or even amputations of the fingers, hands, or arms. Others include patients who have undergone surgery of the hand or upper extremity, those who are affected by conditions such as carpal tunnel syndrome and tennis elbow, and those who suffer from such chronic problems such as arthritis or a neurologic condition.

Hand therapy professionals are dedicated to helping patients maximize their function and return to a productive lifestyle.

Learn about the hand therapy program at Union Memorial Hospital.

The programs and facilities of the Curtis National Hand Center benefit tremendously from the generosity of donors, including patients whose lives were changed as a result of the extraordinary care they received at the Center. Learn how you can get involved and support our mission.

In 1955, Dr. Raymond Curtis treated his first patient with a congenital defect of the hand – a 9-year-old boy born with no fingers on his left hand. Dr. Curtis was able to construct two fingers on the boy’s hand, which vastly improved his quality of life and changed his life forever. In 2010, Alan Lamborn recounted his compelling story at a Hand Center event, highlighting the impact Dr. Curtis had on his life and how today’s Hand Center surgeons carry on the legacy of Dr. Curtis.